Lanterns on the Levee: Recollections of a Planter's Son (Library of Southern Civilization) (Paperback) 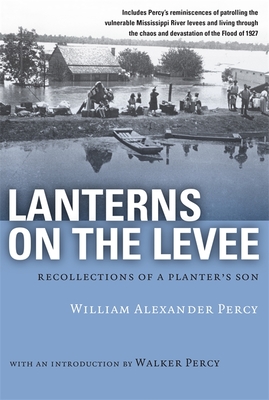 Lanterns on the Levee: Recollections of a Planter's Son (Library of Southern Civilization) (Paperback)

Born and raised in Greenville, Mississippi, within the shelter of old traditions, aristocratic in the best sense, William Alexander Percy in his lifetime (1885--1942) was brought face to face with the convulsions of a changing world. Lanterns on the Levee is his memorial to the South of his youth and young manhood. In describing life in the Mississippi Delta, Percy bridges the interval between the semifeudal South of the 1800s and the anxious South of the early 1940s. The rare qualities of this classic memoir lie not in what Will Percy did in his life -- although his life was exciting and varied -- but rather in the intimate, honest, and soul-probing record of how he brought himself to contemplate unflinchingly a new and unstable era. The 1973 introduction by Walker Percy -- Will's nephew and adopted son -- recalls the strong character and easy grace of "the most extraordinary man I have ever known."

William Alexander Percy died the year after his autobiography was published. During World War I he fought in France with the American 37th Division, rose to the rank of captain, and was awarded the Croix de Guerre with gold star. With his father, U.S. Senator LeRoy Percy, he was one of the leaders in the successful 1922 fight against the Ku Klux Klan in Greenville, and he headed the local Red Cross unit during the disastrous Mississippi River flooding of 1927. He was the author of four books of poetry and practiced law in Greenville until his death.